Does your dog hate taking baths and tries to run away every time when you mention it? Do they get so scared that they start shaking or just hide and are nowhere to be found? You are not the only one going through such hassles. It’s a difficult and time-consuming issue. Without further ado, I hope that the information you will find here will answer all your questions including the main one, how to bathe a dog that hates water and do it in such a manner that he will find it fun from there on.

Reasons Why Your Dog Might Hate Baths or Water Altogether

Most dog owners are familiar with the most common fear symptoms from their pets such as panting, shaking and running when their pup hear about bathing. Before you start with the bathing, there are a few things that you must understand which are related to your dog and his bathing anxiety.

There are even some dogs that can play with water and swim, but they are afraid to take a bath. There are some serious reasons behind and that the owners should know about and these include:

Why some dogs can swim, but they don’t want to go near the tub? Well, there are behavior reasons behind that. When dogs go for a swim or play in the water they are the ones who have total control.  But when it comes to baths, you put your dog inside the tub, and you are the one who has all control. 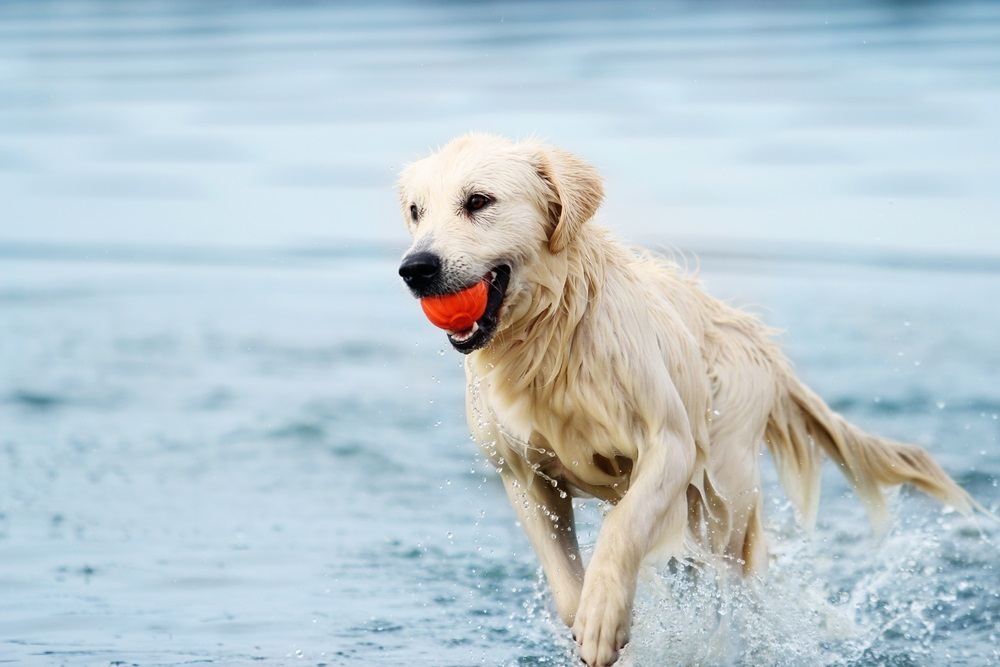 The solution in this case is to teach your dog that it’s ok to be in that situation with you and that they should have more trust in you. By spending more time playing with them and creating a bond all the “scared of taking a bath” stuff will disappear indirectly without the need to address the issue directly. Even so, you should always spend time with your pup, he deserves it, he’s such a good dog.

There Are Some Scary Memories

There are many events that could cause problems in the future, simple things that go under the radar, unnoticed by you. Simple experiences like him being dropped for a second in the tub as a pup. It can have a deep and scary impact on your dog which will be deeply rooted in his behavior, behaviors that become triggered whenever he has to go through the same process. 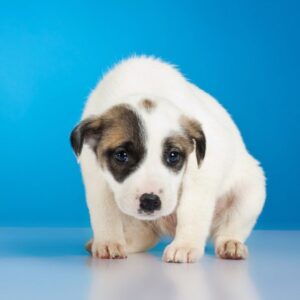 The solution here is to take your dog to a dog psychologist. Ha! Kidding, there isn’t such a thing but there is something called exposure therapy, by subjecting the one in question to the perceived danger, in time, symptoms will alleviate in time and with enough patience, the whole ordeal will be surpassed and procedures can be taken normally.

Exposure therapy also implies that you shouldn’t force things. It’s called exposure therapy not “creating more trauma” therapy. Just a little push every time, once progress is achieved the battle is won, let him go. We come back the next day, continue from where we left and keep at it until the war is won.

Myths That You Probably Believe In

Well, if you ever searched things before, you might come across to some myths that pet owners believed. These myths are also the reasons because of which your dog is getting scared and having that anxiety.

Steps On How To Bathe a Dog That Hates Water

It’s a stressful and a hassle-filled time whenever you have to take your little friend for a bath, not just for him but for you too since there are other things that you’d like to do. But worry not, following the right steps will eliminate the stress factors which are making your dog scared.  Also learning and doing things the right way will also help your dog enjoy the process too.

1. Familiarize The Dog With The Bathing Area

The first simple thing that you can do is to make your dog familiar with the surroundings and other things which are related to the bathing area.

2. Make Your Dog Ready For The Bath Time

The following steps that you are going to follow are about making your dog mentally and physically prepared for a bath. Don’t surprise him by putting him inside the tub and pouring water. It will scare him and you don’t want that. Making him nervous will only make things worse.

3. Help Him Take The Bath

Help your dog when you put him in the bathtub. Tend to him, take care of things so that he feels protected. Also, you can use the lease to make sure he won’t run away. 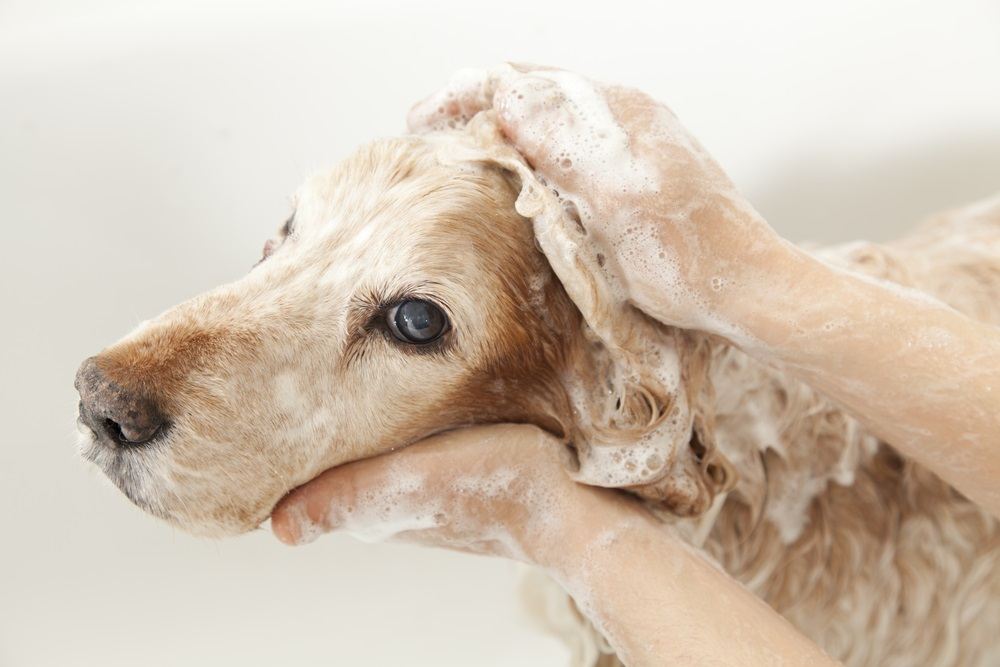 When you have the bathtub ready, bring your little friend and order him ‘bath’ so he will know that it’s time for a bath. Don’t try to trick him, dogs are smart and doing this will only create distrust. Also, don’t be nervous about how he’s going to react, he will pick that up and start to believe that there really is something that is wrong. It will create a negative atmosphere for your dog so be cool and fun.

Don’t directly pour water on him. Instead of that easily splash water here and there. Also, add toys in the water so it can look tempting for your dog to go inside. Go slow, and let him get used to water.

It’s difficult to handle a dog that hates water, just spell the word “bath” and then the whole marathon starts. There are some cases where all you have to do is make your dog learn about the process, but sometimes he doesn’t even want to step inside the tub.

1. Keep Rubbing And Stroke The Dog

Place a silicon mat, so the dog doesn’t slip as the surface of the bathtub is usually slippery.  Also, cut his nails if they are big so he can get a better steady balance. Start with no water so that the dog gets used to the bathtub and gets familiar with the atmosphere. Keep a reward ready or his favorite toy with you, when he’s a good boy and listens to you feel free to reward him with his treat.

2. Use Alternatives Until He Gets Used To Baths

Instead of introducing your dog directly to water and normal baths try using alternatives first, you have to spend less time in the process. Get pet wipes for cleaning the dirt spots on your dog’s body, yes there are special wipes that save your dog from taking a bath. Although they can’t replace a bath using these wipes is a lot better than having your dog running dirty all around the house.

For cleaning the fur, use waterless shampoos. It’s a dry powder that will get rid of the greasiness without the need of water. If you don’t like using chemical products then I suggest a DIY method that’s simple to do. Use baking soda and cornstarch as the combination becomes a natural dry shampoo which can give satisfying results.

3. Getting Your Dog Used to The Whole Concept of Baths 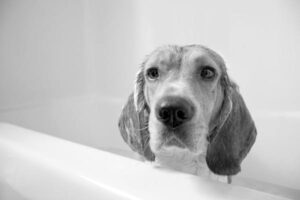 It’s important for the dog to get familiar with water first. It will help in getting rid of the whole fear of baths. For that, you have to take your dog out for walks around areas where you can find a lake or river or even better, a fountain. Don’t force the dog to touch the water as this can make worse but do praise him when he does that on his own. Play with him on rainy days so he can learn that it’s a fun thing to get wet.

Being a dog owner is quite a thing. Also, bathing is healthy and should be a fun and enjoyable process for your dog as well for you. I hope that by now you know how to bathe a dog that hates water. Use it to make your little buddy’s bath experience better. Share it if you find it informative good enough and you think that it will help other dog owners too, also, don’t forget to tell me your thoughts on it too in the comments below!

Hi! My name is Nathan Miller, the creator of NationwideDog. I love reading about dogs and here is where I share what I learn. More about me here.

If You Want To Get Social

Disclaimer – I am not a professional dog trainer, vet, behaviorist… any advice or tips I give on dog training or raising are based on my own experiences and research.

NationwideDog is an affiliate for some products that It recommends. This means that if you purchase those items through some of the links It will earn a small commission.

Scroll back to top